Hello everyone. In this article we have written about WordPress.This page is an English translation of a Japanese page. (The original Japanese has been slightly rewritten to make it easier to translate into English.)

In this article, we’ll show you how to switch the site name and tagline with BOGO in the case of the Cocoon theme.

At the time of writing this article, we checked the display in the following operating environment. In addition, the capture screen contains Japanese characters.

The WordPress version, theme, and plugins are as follows.

The title and tagline of the site we set are as follows.

The settings for BOGO’s Language Packs are as follows.

We created the following new article in Japanese.

We created the following new article in English translation.

The following screen captures show the display of the article page in Japanese and English. 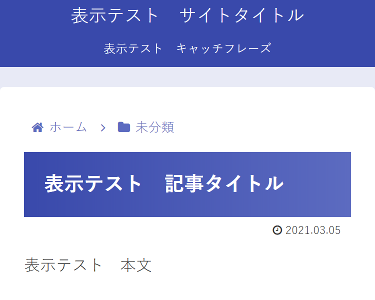 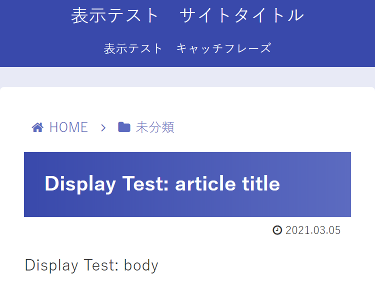 As you can see in the image above, on the English article page, the site’s title and tagline are in Japanese. In some themes, the value you set for Terms Translation in BOGO is displayed. However, in the theme Cocoon, it is not replaced by that value.

In the theme Cocoon, the following functions are used to display the title and tagline of the site.

In the Cocoon theme, the following is the location where the site title and tagline are retrieved.

Since the apply_filters function is used, the value can be rewritten by adding the function to the filter hook. We were able to rewrite the values in two ways. Below we present each of them. Note that the assumption is that you will add the description to the child theme’s function.php.

Method 1: Use the functions defined in BOGO

The following functions are defined in includes/pomo.php in the bogo folder.

We tested the actual output. We found that the function was rewriting the site name and tagline using the Terms Translation setting.

By adding the following statement to the function.php of the child theme we were able to rewrite the objective.

The following is the screen display of the English article. 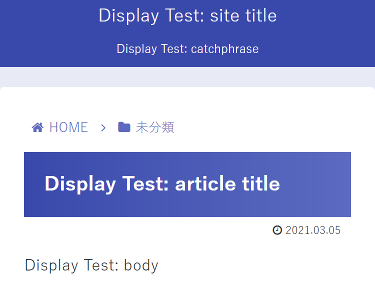 The site name and tagline have been rewritten to the Terms Translation settings.

We thought of implementing the get_locale function so that the returned value is judged. In this way, the site name and tagline can be rewritten directly in function.php with the values described in . Here is the source code.

The following is a screenshot of the actual display. 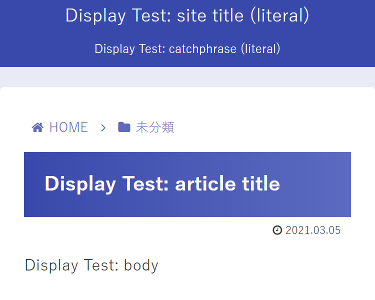 We confirmed in the screen capture above that the site name and tagline displayed the values we wrote in function.php.

This method does not allow you to use BOGO’s Terms Translation settings. Instead, it avoids using the functions defined in BOGO.

Articles next and previous in the same category

Recent Articles In The Same Category